Know this, my beloved brothers: let every person be quick to hear, slow to speak, slow to anger;  for the anger of man does not produce the righteousness of God. Therefore put away all filthiness and rampant wickedness and receive with meekness the implanted word, which is able to save your souls.

Have you noticed lately that people are angry? Folks have that “I’m so done with this” look in their eyes. Many are restless, irritable, and on a short fuse. If you’ve been on the road at all the last few weeks, then you know exactly what I am talking about! If I am being honest, my level of irritability is higher than usual. As I write this, my boys are fighting on the floor behind me… and yes I just yelled at them! Deep breath…

Today’s devotional is a PSA to keep yourself in check spiritually. It is said that a picture is worth a thousand words. Well, today I want to show you 2 pictures that are worth their weight in gold and powerfully illustrate our verse from James this morning.

The scripture is clear that man’s anger doesn’t accomplish anything good. Proverbs 29:22 tells us that “A man of wrath stirs up strife, and one given to anger causes much transgression.” Our first picture this morning speaks to this… 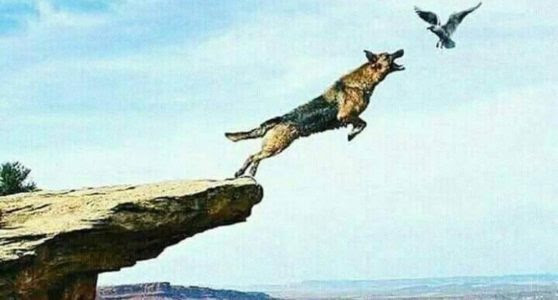 We’ve all been here, haven’t we? We have spoken words in anger, words that weren’t seasoned with grace and love. Sadly, those words have wounded others, often those we love the most. While it’s painful to think of these instances, I think it’s really important to learn from past failures. So I want you to think back to your last conflict. Some of us won’t need to think back that far! At what point in the conflict would simply walking away have changed the outcome? That’s where our next picture comes in… 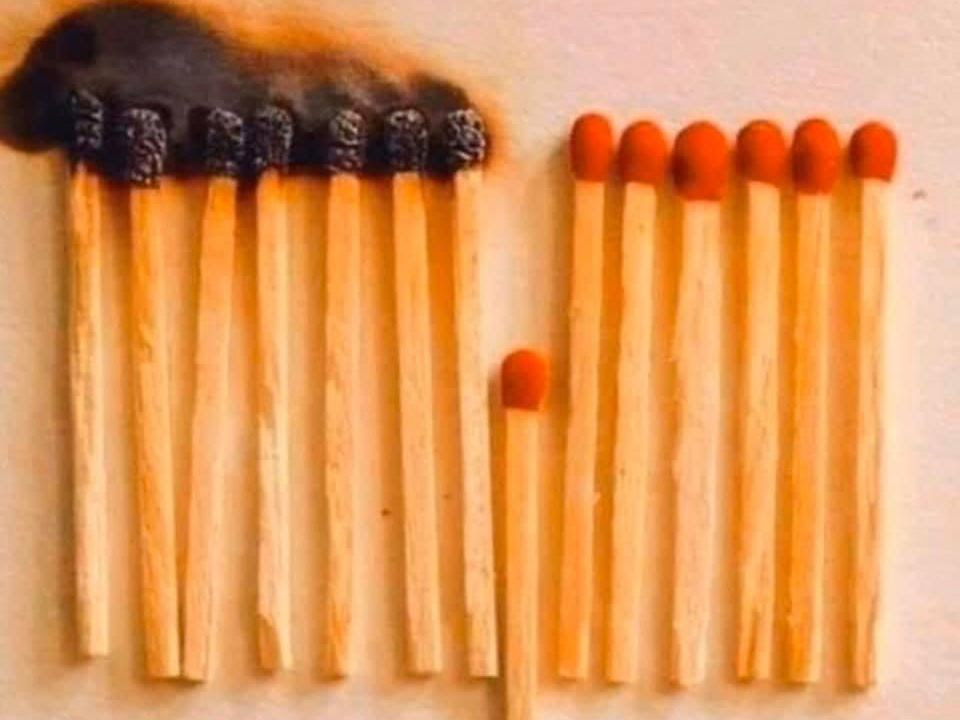 So what can we do today to keep ourselves in check? We need to do exactly what the Bible says we should do…

To effectively do this we must learn the power of knowing when to walk away. Don’t walk away to your vices, go to God! Get into His Word. Pour out your heart to Him in prayer. Please don’t hear what I am not saying. YOU MUST DEAL WITH THE CONFLICT! Talk through the issues, absolutely! If you don’t, I can guarantee you they won’t just magically disappear. They will rear their ugly heads at a later time, often with a greater vengeance and another layer of hurt added to the original offense. I’m just saying that we can’t trust our words when we are angry. My wife and I have many times said to each other, “I need some time to process my words and feelings, let’s revisit this a little later.” Just make sure that you “Don’t let the sun go down on your anger.”  Ephesians 4:26

Finally, if you’ve blown it, don’t despair. Own it and make it right by apologizing to those you’ve hurt. God pours out His grace on us when we humble ourselves. If you’ve been on the receiving end of someone’s anger, be quick to show grace and to forgive. We’ve all been on both sides of the fence, haven’t we? We’ve been hurt by the words and actions of others, and we’ve hurt those around us with our words and actions. Let us all heed the words of Colossians 3:
Put on then, as God’s chosen ones, holy and beloved, compassionate hearts,
kindness, humility, meekness, and patience, bearing with one another and, if one has a complaint against another, forgiving each other; as the Lord has forgiven you, so you also must forgive.
Colossians 3:12-13 (ESV) Stay In The Fight Family (The Good Fight!),
Seth
Share Post: